Roll over image to zoom in
Click to open expanded view

With the MKV Supra gaining popularity as a serious track car, we have developed a cold air feed to give you that extra edge. This headlamp duct replaces the OEM headlamp and provides a true RAM-AIR configuration with a direct cold air feed to the intake or stand-alone turbo. The duct follows the same lines as the stock headlamp and features two carbon air guides, one feeds the OEM air feed and the other feeds the entire airbox area. When used in conjunction with our Supra intake system, a panel on the intake duct can be removed exposing the filter to the extra airflow. With cold air being forced into the engine bay, heat soak is reduced allowing for multiple drag runs. Crafted from prepreg carbon fiber, the duct is has high structural strength and rigidity. Secured with laser cut stainless steel brackets on the OEM mounting points, it stays in position even at high speeds. Our Supra headlamp duct allows for the most direct cold air feed possible and significantly helps to reduce heat soak keeping track times consistent.

Some photos show our optional intake system and engine cover. 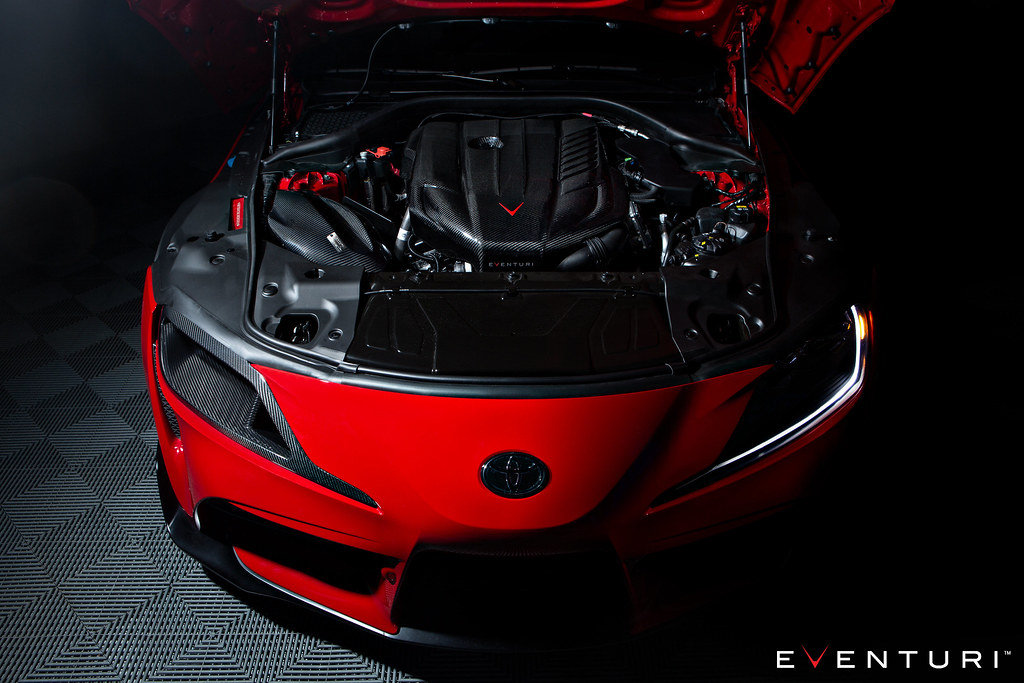 The Eventuri MKV Supra Headlamp Duct system is manufactured from prepreg carbon fiber, engineered to perform a specific purpose and fabricated to the highest of standards.

Here are the details for each component and the design ethos behind them:

Each headlamp duct system consists of: 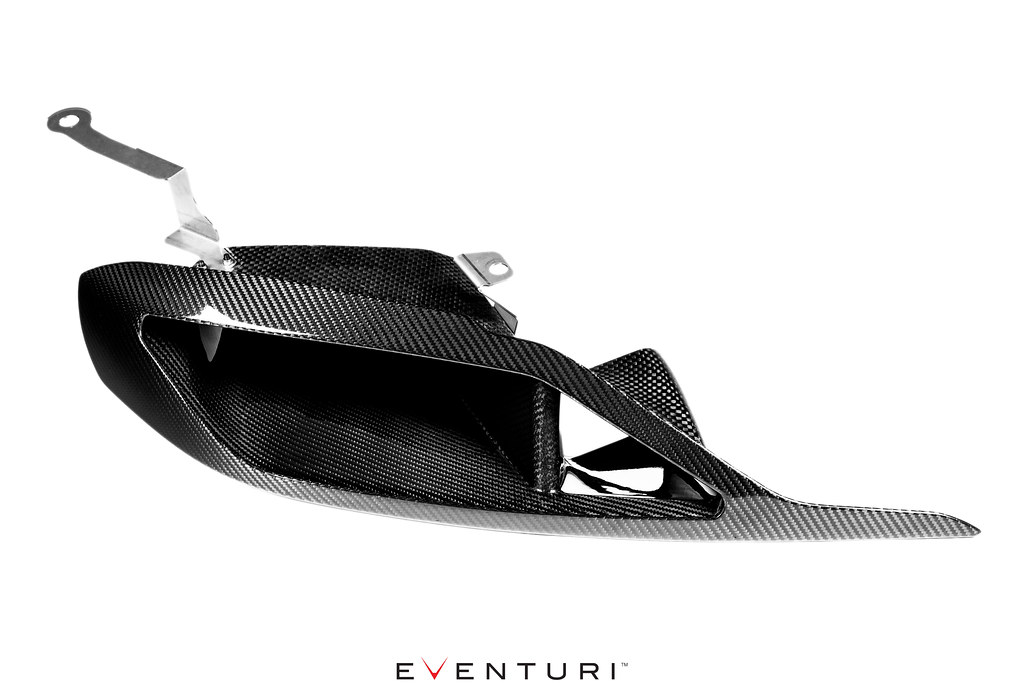 The headlamp duct channels air directly into the intake area of the engine bay. By incorporating 2 separate flow channels, incoming air is smoothly directed into the OEM intake duct and also onto the hot side of the engine. The prepreg carbon construction provides rigidity and the stainless steel bracket work ensures it is locked into position even at speeds over 190mph. Ideal when used in conjunction with our Supra intake system which has a removeable panel to allow for the extra airflow. It is also the perfect solution for cars using big turbo conversions which don’t have the space for a sealed airbox design. By feeding the turbo with cold air, peak boost can be achieved sooner as the spool up is using colder more dense air and performance is maintained by reducing heat soak. 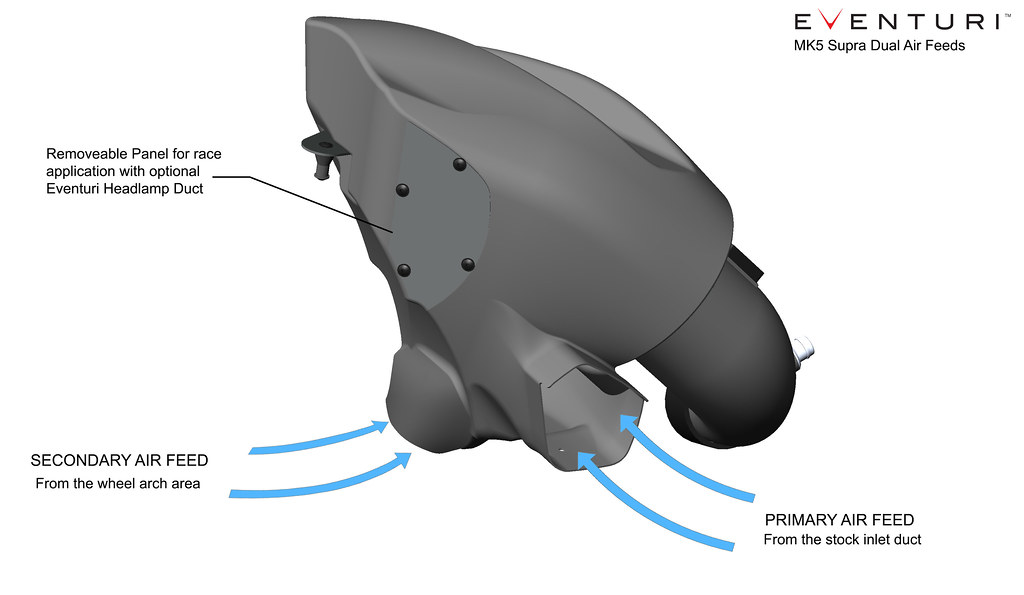 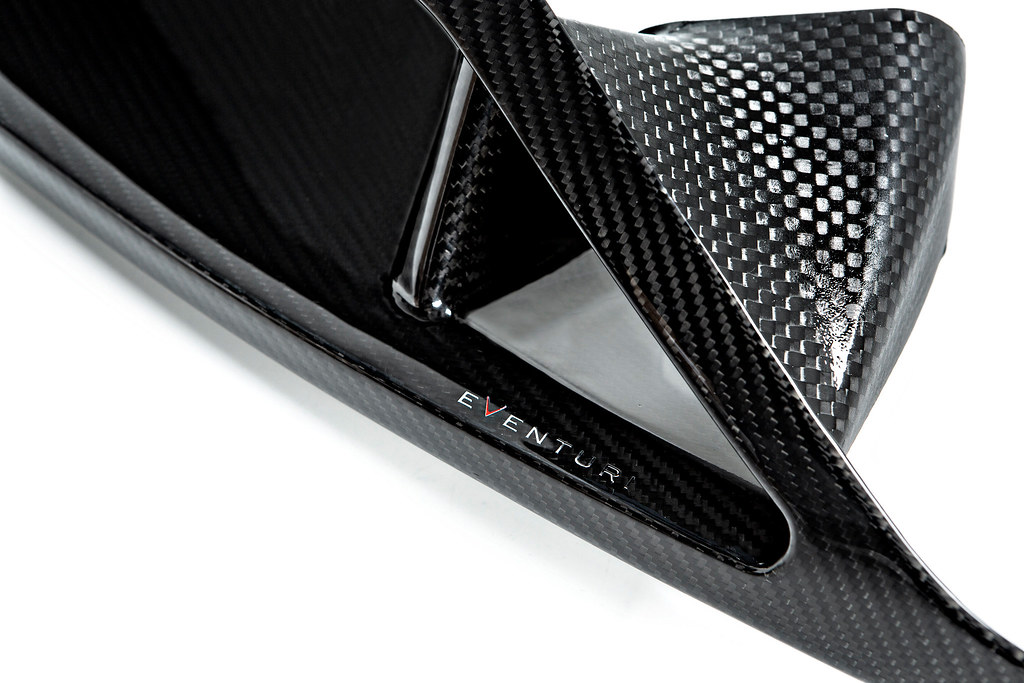 Coupled with our intake system or an aftermarket big turbo conversion, this headlamp duct provides the ultimate setup for track use.